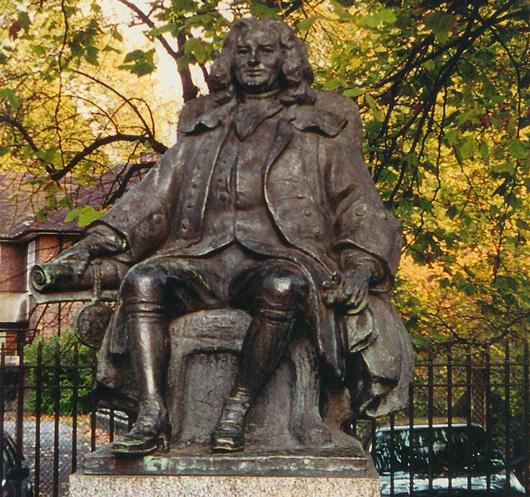 "Children’s champion, pioneer and philanthropist Thomas Coram sits smiling, looking over the original site of his great achievement, the Foundling Hospital, with its modern incarnation, Coram Children’s Charity, behind him. ”

In 1720, Thomas Coram began a campaign to create a home for foundling babies, overcoming widespread prejudice about children born outside of marriage. He enlisted the support of leading members of the aristocracy, the City, the arts and the sciences though a series of petitions. Early supporters included the composer George Frideric Handel, the artist William Hogarth and author Charles Dickens. His tireless efforts over nearly 20 years were finally rewarded, and the Foundling Hospital opened in 1739 and continues today as the charity Coram.

Visit to hear him tell his remarkable story.

Thomas Coram and his Foundling Hospital